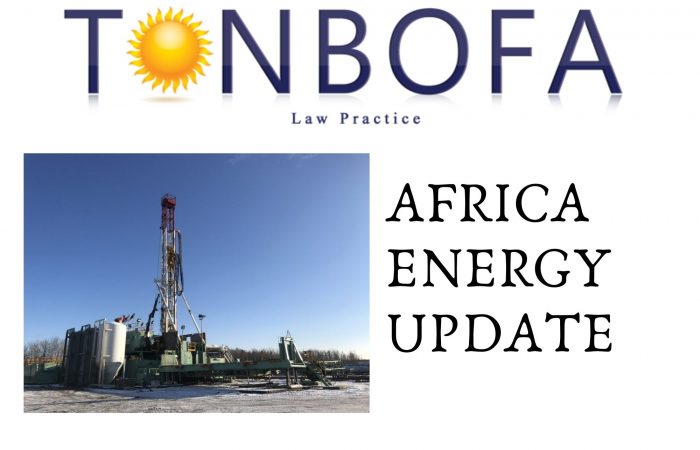 The Host Communities of Nigeria, Producing Oil and Gas (Hoscon) has rejected the decision of South-South governors to appoint trustees for the Host Communities Trust Commission.The governors had indicated interest to appoint trustees for the Commission, directly responsible for the development of oil and gas communities.In a chat with Energy Vanguard, weekend, the National Chairman of Hoscon, Dr Mike Emuh, said that the state governors were not supposed to do the appointment.He added: “I want to say that whatever meeting the governors held, our destiny is not in their hands. We have been suffering in their hands.

To increase its rate of production and supply of electricity, Cameroon has opted for the policy of hydroelectric dams. With a capacity of 420 MW, that of Nachtigal should increase the country’s installed energy capacity by a third.Nachtigal Hydro-Power Company (NHPC), company responsible for the implementation of the Nachtigal hydroelectric project (420 MW), located 65 km from Yaoundé, informs that the “project transmission lines” lot, led by the company French Bouygues Energies & Services, is now complete.Started on 1st February 2019, for an estimated cost of 16.5 million euros (10.8 billion FCFA), this lot includes three power lines, realized in 31 months, so “sooner than expected”. The first 225 kV line (Nachtigal –Yaoundé with a length of 51 km), explains NHPC, “will be used to transport the energy produced by the Nachtigal plant to the Nyom2 substation in Yaoundé to be injected into the interconnected network. South”.

“It is actually a set of 2 transmission lines carried by the same pylons, each cable being doubled with a 570 mm² section for a total of 123 pylons”, we learn. Its construction was completed on August 31, 2021.The construction of the entire Nachtigal hydroelectric development (currently nearly 40% completed) is an investment totaling 786 billion FCFA ($ 1.3 billion), recalls Investing in Cameroon. The structure should inject its first megawatts into the Cameroonian electricity grid in 2023. Ultimately, this infrastructure will increase the country’s current installed energy capacities by a third. Read more

NNPC on Sunday in Abuja called on petroleum tanker drivers to call off its planned strike in the interest and welfare of Nigerians.

“It will also endanger energy security, which the country has enjoyed for a long time now,’’ NNPC’s spokesman, Garbadeen Muhammad, said in a statement.

According to him, the NNPC assures that in addition to on-going efforts by other government agencies, NNPC has initiated a process to a quick and effective solution to the road network challenges in the country. Read more

5. SOUTH AFRICA: EDF and Pele to supply 100 MWp solar power to Mogalakwena mine

Anglo American Platinum wants to reduce the environmental impact of its Mogalakwena platinum mine in South Africa’s Limpopo province. The mining company has appointed a consortium of EDF Renewables South Africa and Pele Green Energy as the preferred supplier for the construction of a solar photovoltaic plant at its platinum mine.

The consortium is expected to begin construction of the solar plant in the fourth quarter of 2022 for commissioning in late 2023. Anglo American is including this project as part of its policy to achieve carbon neutrality across its operations by 2040. As part of this sustainability drive, the Mogalakwena mine will soon be able to run on green hydrogen. Read more

More than 80% of Sonatrach contracts for the first half of 2021 were signed with Algerian companies, in accordance with the group’s new strategy aimed at promoting local content and national integration, according to Group CEO Toufik Hakkar.

The total number of contracts signed with national companies reached 827 contracts for an amount of 219 billion dinars, out of 1,038 contracts signed during the first half of 2021, according to data presented during the signing ceremony of the General Declaration of the Policy on local content and national integration by Sonatrach.

Recapitalization Of The Insurance Industry

Structure of Mergers A merger can be done by; a) purchase or lease of shares,…